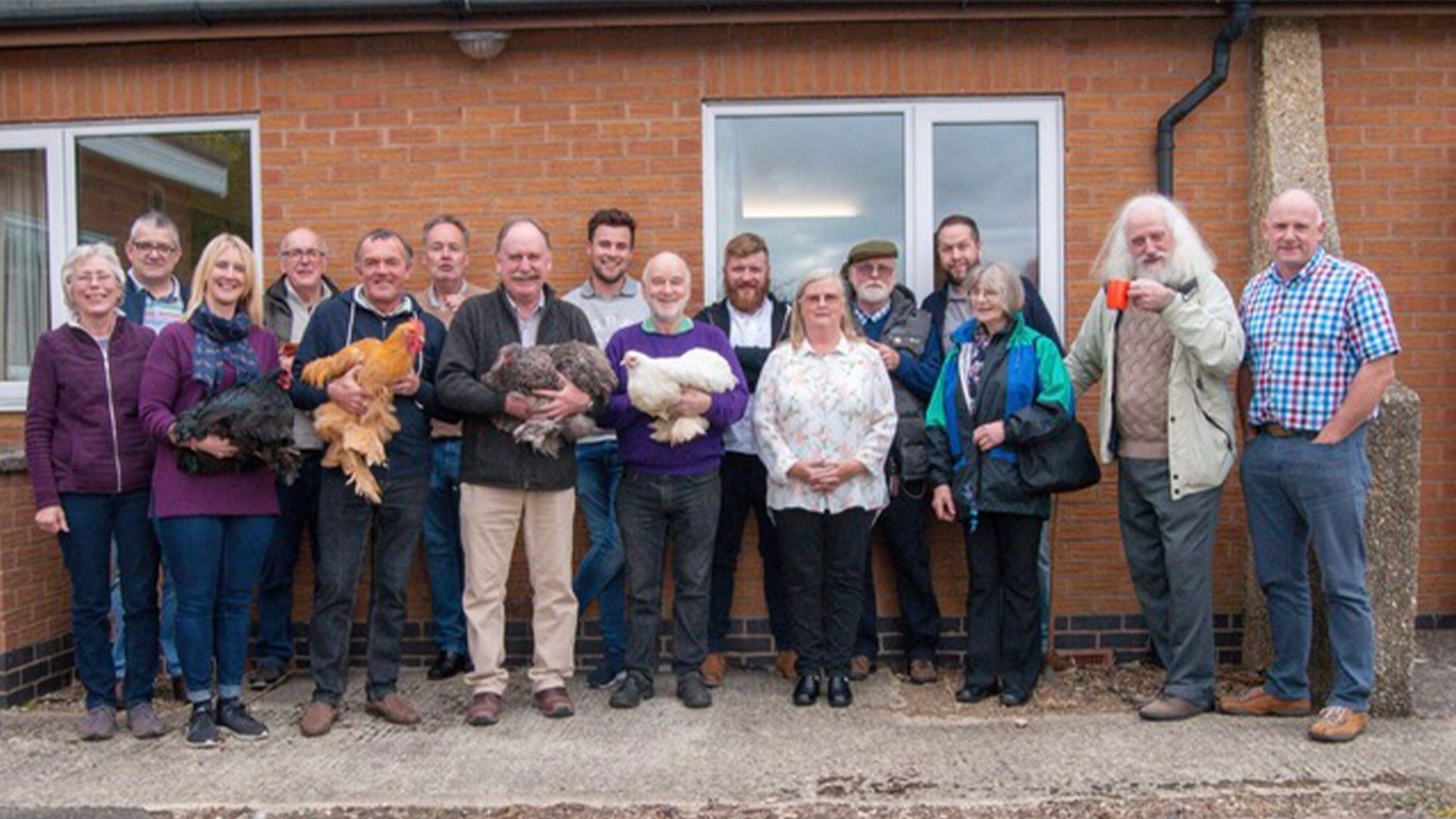 I had said to Emma that it was very unlikely I’d be attending this event, but having read the invite once more at the last minute, I decided to raid the ‘new shed fund’ and fill up the car with fuel. The journey was somewhat treacherous, with a poorly car that limped the 3 hours down south. But I made it. And I was glad I did because the day was conducted in exactly the way I’d been sold on. There was no politics, only friendly discussion, which is no surprise as the Cochin Club are a very friendly group of people. Some big efforts had been made with the refreshments set up and I was offered a brew as soon as I stepped through the door. I would like to personally thank Rupert & Blanche for giving up their Sunday to capture some images of the day.

It was refreshing to see a breed club discussing type and educating younger members of the Club on many aspects of the Cochin breed. This is the kind of stuff you don’t get time for at the AGM, and it was nice to be part of it. Jack Killeen and Mike Hatcher, who it was wonderful to see, had great input in this discussion, so I just sat back and enjoyed it with a cuppa and homemade cake (or 3). The pub meal was very good – and what an idea… you will always be popular if you include the word ‘pub’ in your event organising. Kudos to all involved. A very enjoyable day.

Here’s what Club members had to say…

“In her book, The Poultry Yard, Miss E Watts made reference to the then named Cochin China, stating that its history, having been introduced to this country around 1845, could also be the history of ‘poultry mania’ itself. The birds were of large size and handsome in appearance, laid a good number of eggs, even in winter, and had a gentle and quiet disposition. So much so that your children would learn gentleness and kindness from them and you would be at peace with your neighbours for the birds would not wander. Over 170 years later, many, if not all, of these traits still remain – something which current Cochin Club members are keen to promote and this was reflected in the recent Open Day held at Crick village hall in Northamptonshire. The day was well-attended with breeders both old and new, including two stalwarts of the breed, Jack Killeen and Mike Hatcher, who were on hand to share their knowledge and wisdom. On arrival beverages and homemade baking were on offer thanks to Denise Jones and Gillian Knight. A youngstock show, sponsored by Marriages Feeds, was held and kindly judged by Tom Buck, who gave Emma Armstead’s Cuckoo cockerel first prize overall with reserve going to E & D Jones’ Partridge pullet. Following on was a discussion, led by Club President Elfyn Jones, about the concerns over the Continental type Cochin compared with the British type, with many images on display highlighting the required type as set out in the Club standard.

A short walk took everyone to the Wheatsheaf pub, where members enjoyed lunch before returning to the hall to allow time to wander amongst the show pens to both examine and discuss the birds on display. Many of these were expertly photographed thanks to Rupert Stephenson. A raffle was held followed by more refreshments before the members began to leave having enjoyed an interesting and memorable day. Maybe Miss Watts was right about learning a gentleness and kindness from the birds, because the Cochin Club certainly is friendly and welcoming!”

“We are so lucky as a Club that members are ready to muck in and help to make days like this happen. Emma and John have stepped in this year as organisers of the day as Elaine, our Secretary, is heavily committed helping her husband Robin who is seriously ill.

I hope that the key word for the Cochin Club is ‘friendly.’ I think if you had happened upon one of the Club’s open days of thirty or forty years ago you would have found the same warmth and welcome. Whilst the breed is very important to us, it is of course people who come first, just about! Denise and I have been so lucky to hear about the breed we love from people I can only call legends of not just the Cochin breed but of pure breed poultry generally. People like Tom Ayres and Peter Heywood; and it carries on in this hall today, with Mike Hatcher and Jack Killeen sharing their (well, between them a century and a half would cover it), of Cochin knowledge. This is what a Breed Club like ours gives you, firsthand access to first class ‘know how’ relevant to your breed.”

“Being a relatively new member to the Club, I was more than delighted when the Secretary asked me if I would consider organising the Club Open Day on her behalf this year.

I have been touched by the warmth and level of support and encouragement received by the Club members since joining. Their advice and knowledge has been invaluable to me with regards to my Cochins going forward. Regarding the Open Day I think the members would agree that it went well, and it was nice to have a chance to show off some of our youngstock bred this year. The discussion chaired by Elfyn was very informative, and it was lovely to catch up with friends and make new ones. For a relatively small club it was well- attended and an excellent day was had by all. I would also like to take the opportunity to thank everyone who helped me with the run up and on the day; you know who you are.

NB If you would be interested in hosting or would like to suggest a location for this years Open Day please feel free to email me at emmaarmstead@gmail.com. We will be looking at holding it again in September.
We would also like to receive feedback regarding our Irish Members, would you be interested in holding/hosting one in Ireland as we feel it important to try and accommodate all our members.